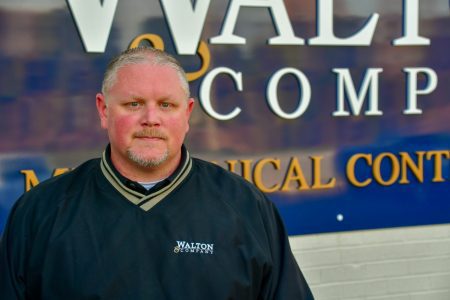 Matt started his career in the mechanical trades on March 27th, 2000 at Walton & Company. He started working in the field as a sheet metal laborer. Shortly after starting in the field Matt applied for the sheet metal apprentice program and graduated in May of 2004. Matt worked as a sheet metal installation foreman from May 2004 till October 2015. Matt was promoted to Project manager in October 2015. Matt has worked in many various industries in his 18-year career with Walton & Company. Military manufacturing and testing facilities, hospitals and medical facilities, schools and universities, office renovations, large warehousing facilities and a wide range of commercial buildings. Matt enjoys hunting and shooting sports. Matt also enjoys spending time with his wife Jen and their two children camping, traveling and being involved at their church